6 reasons why craft beer is the healthier choice 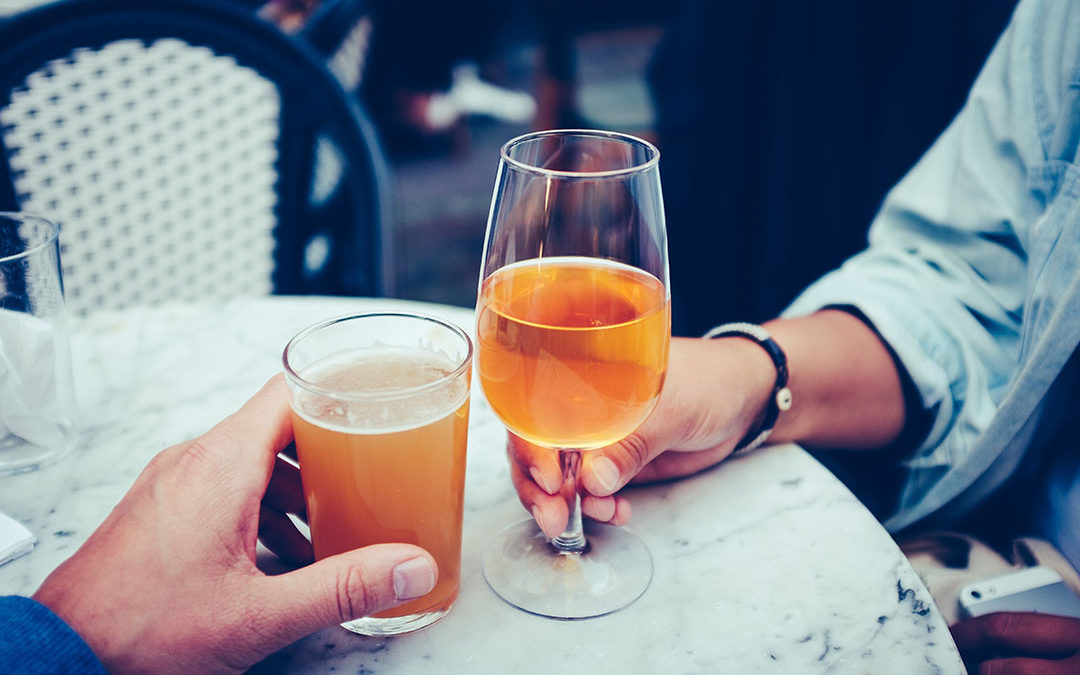 Craft beer is like the sun. No, we haven’t elevated it to deity status and now worship it like Ra (although we’re sure there were pagan Germanic tribes that used to). No, we mean that like the sun, craft beer, in measured doses, can be the healthy vitamin your body and mind require. We chat to Devil’s Peak’s very own ‘Doctor Dan’ for some clarity.

We’re pretty confident that Dan Badenhorst of Devil’s Peak Brewing would actually never refer to himself as “The Beer Doctor”, but it’s a pretty neat coincidence that he’s a craft brewer while also being a qualified medical doctor on the side. In fact, Dr Badenhorst used to be Rob Heyns’ GP, back before either was in the craft industry. His advice then? “Take two beers and call me in the morning.” Sounds like good advice to us. But here’s the evidence – your ‘get out of jail free card’, for (moderate) craft consumption.

1. Artisan is better than bog standard

Craft beer is an artisanal product where the brewer has total control of the end product. The factors that force commercial beers to take short cuts are not as important to craft breweries. This generally results in better ingredients and a less rushed brewing process, thereby creating a healthier beer in the end. So, is craft better than bog standard? For sure.

If you’re working on equal volume rations, then you’re definitely less likely to get a beer gut from craft. Craft beers are generally low in carbs to begin with, so you’re already getting a reduced intake. With gluten free beers available now, those with a specific digestive intolerance can also enjoy a beer without the unpleasant side affects.

3. You spend more to spend less

This might not sound like a benefit, but if you think about, it most definitely leads towards a lower intake of beer. Think of it as buying high end fashion. It’s a bigger layout initially, but it lasts longer (because you shouldn’t be using your craft to get toasted) and you’ll get a more well rounded enjoyment out of that one beer.

It’s the best way to relax after a hectic day. A beer or two is much better for your health than over analysing the problems you’re dealing with day to day. Recent studies suggest that it is both the soluble fibre of certain drinks like beer as well as the actual small doses of alcohol that have a positive affect on the arteries. Plus, the social, post exercise drink is great for your mental wellbeing. We all know that beer is a wonderful social lubricant. And bonding over the things we enjoy is far better for the mind and spirit than coming together over troubled relationships or horrible bosses.

5. You’re rewarded for the workout

There’s nothing better than a cold beer after exercise and the best motivation for anything is a reward. You’re improving your health if the reward of a post workout beer will get you to be more active. Plus, it’s believed that because of the mineral content of beer as well as the high percentage of water, that one beer (not 10) after exercise could be one of the best potential sources of rehydration.

6. Craft protects from the onset of disease

Beer has also been used for preventing the decline of mental acuity in our later years when it comes to diseases like Alzheimer’s and even the prevention of heart disease. Beer is also thought to help prevent heart disease by upping those high-density lipoprotein (HDL), the good guys in the war against cholesterol.  The vitamin B6 (pyridoxine) contained in beer is said to help lower homocysteine levels, which is a chemical considered to be one of the risk factors for heart disease.

Many of the beery insights from this article are inspired by the work and research of Prof. Charles Bamforth, who has pioneered many of the health benefits of moderate consumption of beer specifically

So, who’s keen on a Monthly Mixed Case?