Why you should join the #stopthe100billion movement 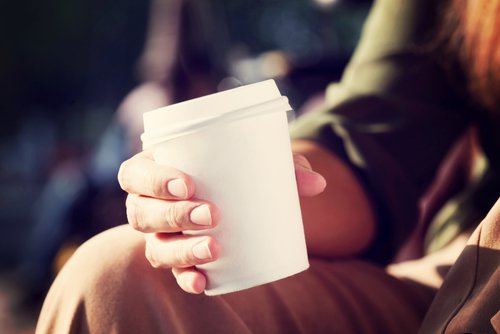 It’s safe to say we live in a pretty fast moving world. And in our best efforts to succeed in this world, we’ve become rather dependent on the caffeinated fuel that keeps us going – coffee. But for all the many cups we buy, surely there is a displacement somewhere? This is is the very question designer David McKlagan was addressing when he came up with the Ecoffee cup – and the ensuing #stopthe100billion movement.

Coffee is quite literally our morning mantra, (how many of us wake up uttering the first words, ‘Cooooffeeeeee’). It’s the buzz that gets our driven hearts all aflutter – coffee in all its many glorious, frothed, foamed, and frappé-d guises has become the liquid that makes the world go round (second only to crude oil according to 2015 research.)

The mountainous problem behind our macchiatos

Depending on the speed at which our singular worlds turn, the average adult will consume anywhere between 1.5 to 4 cups of coffee per day. But it seems people have become so hopped up on the liquid, few really consider the vessel it comes in. Where do they all end up after the fix has long worn off?

The multi-billion dollar coffee industry, at its most booming in the US and Britain, merrily doles out supposedly ‘recyclable paper cups’ to thirsty consumers with little concern that the vast majority of them will end up in landfills. Of course, this is not what their coffee consumers assume when, after glugging down that last sip, the little green Möbius loop assures them their cup will safely make its way along the recycling chain. And that is of course only if it’s well-meaning sipper tossed into a recycling bin. But therein lies the rub.

The devil in the details

You see, these cups are not as ‘eco’ as they are made out to be, thanks to thin film lining called polyacetylene. It may be what’s needed to make the cardboard coffee-proof but it requires a rather specialised process to separate these materials in order to efficiently recycle them.

The Starbucks’, Coscos and Cafe Neros of the world aren’t entirely lying – it is possible to recycle them. This is of course, the sliver of detail which allows them to print the heartening symbol on their cups. It’s just not happening quite as prolifically as one might hope. In the UK only 2 highly specialised facilities offer this service, and that’s in the UK, a first world nation, nevermind all the other nations where coffee giants are rearing their heads. And according to the investigative research of War on Waste champion Hugh Fearnley-Whittingstall, only a marginal percentage actually make it to these plants.

And so the billions, 100 to be exact, of fleetingly purposeful poly-cups disposed of globally, end up buried by the mounds beneath our soils each year.

One can’t help but wonder where the cups from our local coffee traders – who surely model much of their franchising on their big and boastful overseas counterparts – well where do all those cups end up?

While some local, small-scale coffee traders do actively promote the use of fully recyclable takeaway coffee cups, the lack of recycling bins around our cities still makes the mound of cups in our landfills an ugly, hard to ignore reality.

In fact, if you buy just one cup of coffee or tea in a disposable cup every day, you’ll end up creating about 10 kg of waste in one year. Just little old you and your love of hot beverages.

Thankfully it is not all doom and gloom. There is a remarkable solution in sight – one that is putting the eco into takeaway coffee – The Ecoffee Cup, a new generation of reusable and might we add, quite stylish, takeaway cup, created by a designer inspired to find a solution to the epidemic.

In an interview with founder and CEO, David McKlagan, on Ginja Food he is quoted to say “Our design philosophy is a simple one: Have Fun. Do Good. We think there should be an Ecoffee Cup for everyone, that’s why we have more and more designs from international designers. Our influences come from the streets of Kyoto, or holy sites of Isfahan – to the coffee houses of Stockholm and hipster bars of Melbourne”

Why you should invest in your own Ecoffee cup

Here’s a quick overview of why this simple, yet great invention is your queue to join the #stopthe100billion movement.

A great cause behind your caffeine

We might not be able to stop the world from spinning quite as fast as we’ve come accustomed to, and we’re most certainly not going to ween ourselves off our need for coffee anytime soon, but we can slow down enough to make clever decisions about how and where we leave footprints while we’re rushing about, doing great things, coffee in hand.

So, by joining the movement and choosing to say no to take away cups forevermore, you’re taking a conscientious stance by stopping that mound, stopping the cycle of 100 billion. And you’re doing it without making any major lifestyle changes.

Just little old you and your Ecoffee cup.

Watch this video and then decide which cup best represents your personal style. How’s that for adding a statement piece to your outfit?

Head on over to buy your very own Ecoffee Cup and join the movement.